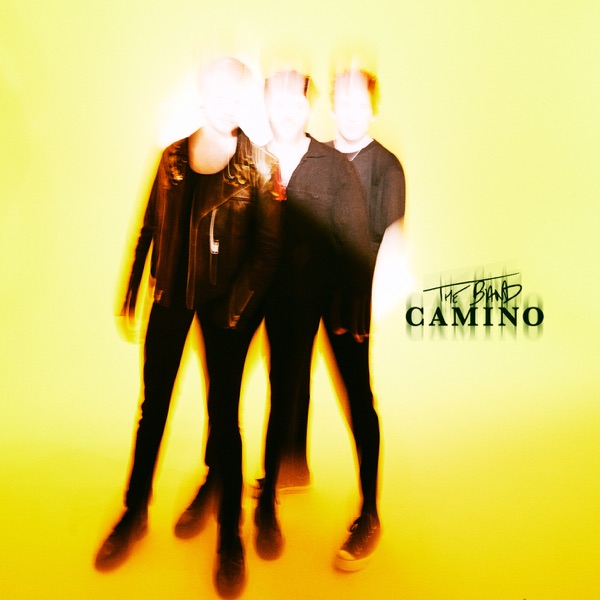 (b) All sums due at any time under this Agreement are payable in Canadian dollars within Thirty (30) days of the date that an invoice is rendered to the Agency in respect of such sums. CKRW The Rush reserves the right to charge Purchaser interest at the rate of Two percent (2%) per month (Twenty four percent (24%) per annum) on accounts that remain unpaid for Thirty (30) days from the date of invoice.

(c) In all cases, the date of payment shall be deemed material and, unless otherwise stipulated in this Agreement, the postmark date on the envelope properly addressed to CKRW The Rush or its representative shall be considered the date when payment was made.

(d) Advertisements will be broadcast within 15 minutes of the time outlined on the face of the Broadcast Agreement, except on statutory holidays and Boxing Day.

CKRW The Rush will render invoices showing actual airtime to the Purchaser unless otherwise stipulated in this Agreement. Agency shall notify CKRW The Rush of any discrepancies in invoicing within Twenty (20) days of receipt of invoice. CKRW The Rush invoices shall set out all dates and times of broadcasts, length of commercial announcements. For purpose of this Section 1 (d) it is accepted and agreed that the broadcasting of Advertisements within 15 minutes of the time outlined on the face of this Agreement will not be considered a discrepancy.

(e) Where the Purchaser is in default in the payment of sums due under this Agreement, or where in the opinion of CKRW The Rush there are other grounds for questioning the soundness of the Purchaser’s credit, CKRW The Rush shall have the right, in its absolute discretion, to change the requirements as to the terms of payment for further broadcasting under this Agreement.

3. OBLIGATIONS OF THE PURCHASER

(b) Each advertisement must be in keeping with Advertising Standards Canada’s guidelines, failing which, CKRW The Rush will not broadcast the advertisement and the Purchaser shall be liable for full payment thereof.

(c) The Purchaser shall ensure that the scripts, recordings or instructions submitted to CKRW The Rush are in accordance with commercial and trade ethics, applicable codes and laws or by-laws in force at the time of broadcast and with the Advertising Standards Canada’s approval. The Purchaser covenants that all scripts and recordings submitted to CKRW The Rush shall be in accordance with the foregoing and undertakes to defend, indemnify and save harmless CKRW The Rush, its parent, related and affiliated companies, its officers, directors, shareholders, agents, servants and employees, for any or all damages, expenses, fines or claims of any nature which CKRW The Rush could be legally or otherwise exposed to or incurs following the execution of its obligations under this Agreement.

(d) Notwithstanding the preceding and without prejudice to the covenant hereinabove provided by the Purchaser, the latter acknowledges that said scripts or recording or commercial copy work shall be subject to the final approval of CKRW The Rush. CKRW The Rush shall have the right to modify, in whole or in part, at its sole discretion, said scripts or recordings or commercial copy work and the Purchaser releases CKRW The Rush, its parent, related and affiliated companies, its officers, directors, shareholders, agents, servants and employees, of any claim arising from such changes.

(e) The Purchaser shall pay to CKRW The Rush any tax imposed with respect to the services.

(a) CKRW The Rush shall not be liable for any damages, losses, costs or expense of any kind suffered by the Purchaser arising from the omission to broadcast, disruption of signal, or the substitution, interruption or postponement of any commercial advertisements or services if due to any of the following events:

(i) Act of God, technical problems, a public emergency or necessity, legal restrictions, power failure, strike, adverse weather conditions or any other circumstances beyond the control of CKRW The Rush, its employees or third parties, or at the direction of federal, provincial, territorial or municipal authorities, direction or regulation of the Canadian Radio & television and Telecommunications Commission ("CRTC"), or for any other reason including labour disputes, mechanical conditions, or as the result of a contractual agreement with a network or a federal, provincial, territorial, or municipal election or referendum; or

(ii) In any case where, at the discretion of CKRW The Rush a modification to commercial copy work or the broadcast schedule of said commercial advertisements is required in the public interest or by public order; or

(iii) A modification to commercial copy work or the broadcast schedule of said commercial advertisements is required in order to comply with any law, by law or directives issued by any governmental or public authorities; or

(c) CKRW The Rush shall in no event be liable for indirect, special, consequential, exemplary or incidental losses or damages, including but not limited to loss of profits, lost business, loss of goodwill, loss of opportunity, arising out of or resulting from, or in any way related to this Agreement or the provision of services hereunder whether or not CKRW The Rush had knowledge that such damages might be incurred and the Purchaser hereby waives any right to claim such losses or damages.

5. SUBSTITUTION OF PROGRAMS OF PUBLIC SIGNIFICANCE

(c) All material for broadcast supplied by Purchaser shall be in accordance with the appropriate broadcast advertising and product codes.

(b) Any invention, discovery or improvement involving ideas, designs, methods or computer techniques conceived by CKRW The Rush's personnel in connection with this Agreement shall belong to CKRW The Rush.

(a) The Purchaser agrees to defend, indemnify and save harmless CKRW The Rush, its parent, related and affiliated companies, its officers, directors, shareholders, agents, servants and employees, against all or any claims, damages, liabilities, costs and expenses of any nature whatsoever whether accrued, absolute, contingent or otherwise, including without limitation legal fees and costs for defamation or trade practice, illegal competition, infringement of trademarks, trade names or program titles, violation of rights of privacy, infringements of copyrights and proprietary titles, failure to secure synchronization rights, and all other claims and demands liabilities and costs resulting from the broadcast of any material furnished by, or for, the Purchaser.

(b) The Purchaser shall be solely responsible for any or all permissions or clearances required by law.

(c) The Purchaser shall obtain clearance in accordance with the Food and Drug Act, the Advertising Standards Council, and regulations of the CRTC and all applicable regulatory bodies (“Regulations”) for all commercials required to obtain clearance. The Purchaser shall furnish CKRW The Rush with the applicable registration number, at least seventy-two (72) hours prior to broadcast, of all commercials coming within the jurisdiction of the Regulations. The Agency and the Advertiser shall jointly and severally defend, indemnify and save harmless CKRW The Rush, its parent, related and affiliated companies, its officers, directors, shareholders, agents, servants and employees, from any prosecution due to nonconformity with the Regulations, or in connection with the furnishing of the registration.

(d) At the time the Purchaser supplies traffic instructions for broadcast time, the Purchaser shall also supply CKRW The Rush with dates of talent cycles for each commercial. If subsequent use payments are required by any union or performer involved in the supply of commercial announcements covered by this Agreement the Purchaser accepts full responsibility for all expenses incurred in connection with negotiations involved, or payments required, or both, and further agree to defend, indemnify and save CKRW The Rush, its parent, related and affiliated companies, its officers, directors, shareholders, agents, servants and employees, harmless against any or all liability resulting from such demands.

(a) This Agreement is subject to all terms of licenses held by all parties hereto, and to all federal, territorial, provincial and municipal laws; regulations of the CRTC and to all other applicable laws or regulations of any branch of government or industry regulatory bodies authorized to exercise jurisdiction relative to licensees of broadcasting transmitting undertakings in force now or in future.

(b) Subject as aforesaid, this Agreement, together with any rights under it, may not be assigned or transferred without the prior written consent of CKRW The Rush; nor may CKRW The Rush be required to broadcast here under for any advertising other than that named on the face of this Agreement. Failure of CKRW The Rush or the Purchaser to enforce any of the provisions herein with respect to the breach thereof shall not be construed as a general relinquishment or waiver as to that provision.

(d) Unless otherwise stated herein, all notices provided hereunder shall be in writing and shall be given either by courier, mail, facsimile, electronic mail, or by delivering same, addressed to CKRW The Rush, the Agency or the Advertiser, at the addresses contained on the face of the Agreement. Any such notice if mailed shall be deemed to have been received upon the expiration of forty-eight (48) hours after the same was posted, and if faxed or delivered, shall be deemed to have been received on the day on which it was faxed or delivered.

(f) This Agreement contains the entire agreement between the parties relating to the subject matter herein contained, and no changes or modifications of any of its terms or provisions shall be effective unless made in writing, signed by those parties and incorporated into this Agreement.

(g) The laws of the Yukon Territory and the laws of Canada applicable therein shall govern as to the interpretation, validity and effect of this agreement notwithstanding any conflict of laws provisions or your domicile, residence or physical location. You consent, attorn and submit to the non-exclusive jurisdiction of the courts of the Yukon Territory in any action or proceeding instituted under or related to this agreement.

(h) This Agreement shall enure to the benefit of and be binding upon the parties hereto and their respective successors and permitted assigns.