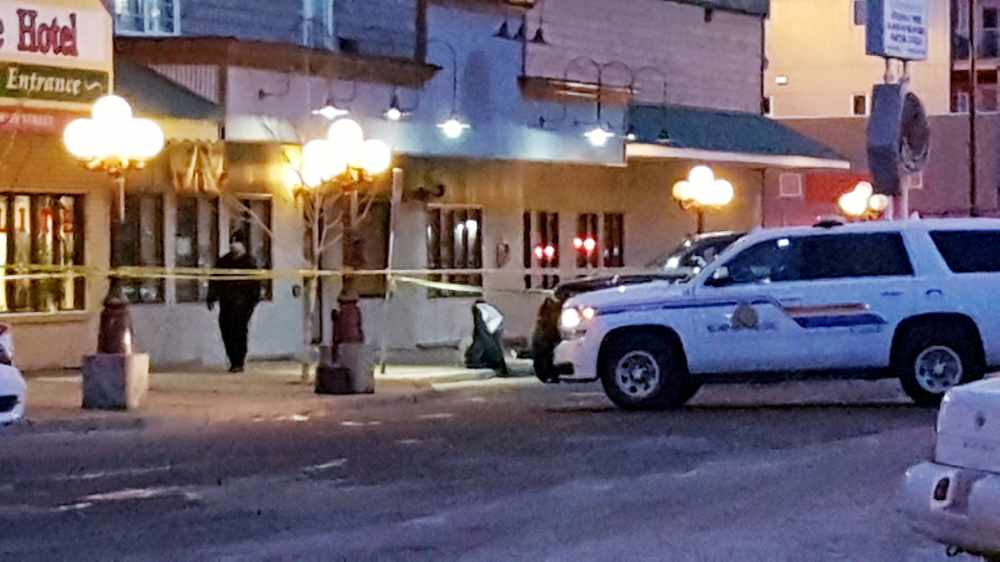 Police say two suspects have now been taken into custody.

Whitehorse RCMP say two men wanted in connection with a weekend shooting outside a downtown bar have been taken into custody.

The two were allegedly involved in what police called a serious shooting outside the 202 Motor Inn on Jarvis Street early Sunday morning.

RCMP cordoned off the entire block of the hotel and bar, which also contains off-sales, a Chinese restaurant, and a trophy shop.

Police tape stretched across Jarvis Street to the courthouse, and across Third Avenue for the better part of Sunday. RCMP say the investigation continues, with the Major Crimes Unit involved.

(Story updated at 7:53 a.m. Previous versions are below.)

Update: 4:58 a.m. Police say the suspects have been taken into custody.

Police in Whitehorse are searching for two people allegedly involved in a shooting outside a downtown bar early Sunday morning.

RCMP say the incident occurred outside the 202 Motor Inn on Jarvis Street shortly after 2 a.m.

Police describe the suspects as black men standing about six feet tall. They may be driving a silver Toyota Tacoma pickup truck.

Police say the men should be considered armed and dangerous. If you do spot the men, (RCMP photos below) you should not approach them, but instead, call 911 or police immediately.

(This is a developing story and will be updated as warranted.) 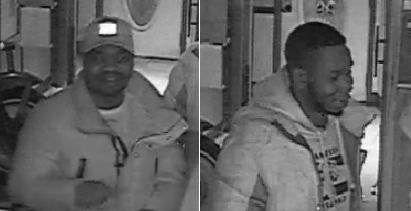 Major @YukonRCMP presence at the 202 Hotel in downtown #Whitehorse early Sunday morning. Police tape surrounds the entire hotel. Tape stretches across Jarvis to the Courthouse, and across 3rd Avenue. I couldn't get close enough to ask what happened. pic.twitter.com/3utgHMpJWS