Panic! At The Disco

Hey Look Ma, I Made It 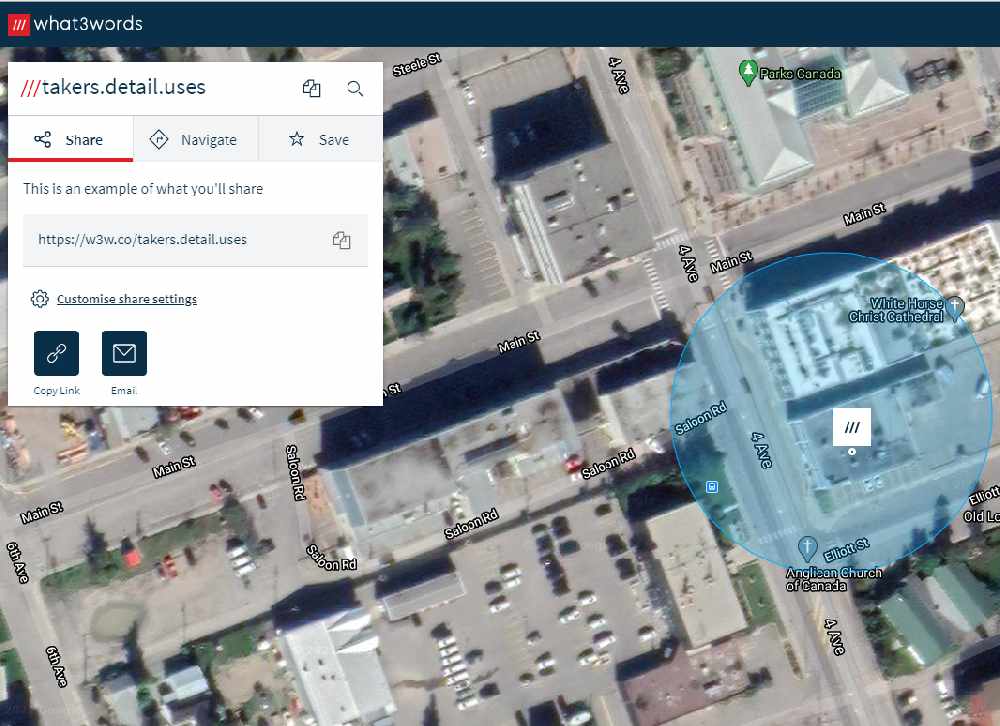 The What3Words app assigns three unique words to your location, with CKRW as an example above. Screen Capture by John Kennedy

The Whitehorse Fire Department is implementing a new location identification app in order to speed up how it dispatches crews and trucks to an emergency.

If you've ever been involved in an accident, you'd know it can be disorienting and the details of "where you are" might not be your first thought.

The Whitehorse Fire Department is implementing a new location identification app into how it dispatches crews and trucks to an emergency.

The What-Three-Words app uses a 3 by 3 grid map that assigns three words to each square, and Fire Chief Jason Everitt says it's a new tool that can speed up the dispatch times and save lives.

"Instead of trying to relay a GPS coordinate out to somebody, it converts that into the three unique words for that particular location which is then easily identifiable. Our dispatchers can see that on their computer and we can route responders very quickly with a high degree of confidence that that is where the incident is."

He says the app works offline, making it ideal for use in the rural areas that might have a poor internet connection, and is available in over 40 languages.

Everitt says only the Whitehorse Fire Department has joined the program.

"Ideally, we would have all the dispatch services in the territory using this, so we can get that location information right as soon as the call is received."

Everitt says you should familiarize yourself with the app if you download it, as it's better to know it before you need it.